In the ongoing saga that is U.S. national debt, the question of how or if it will be tackled continues to loom. The national debt currently stands at a staggering $27 trillion, increasing by thousands every second.

Aside from being mind-bogglingly large, the national debt exceeds U.S.’s annual GDP, indicating that the U.S. does not produce nearly enough to pay off its debt.

It is easy to dismiss the national debt as a mere number, shifting responsibility to future generations. Yet Social Security benefits are only expected to be payable until 2037 at which point reserves will be exhausted and payments reduced.

Other consequences of the national debt include less provision of public goods, slowed economic and income growth, diminished ability to respond to emergencies, and a threat to national security due to obligations to international creditors.

The debt ceiling is meant to limit the amount of debt the federal government can accumulate, thus curbing the negative side effects of a high national debt. However, the debt ceiling has come to be viewed as a nonstarter due to its volatility. Instead of representing a concrete budgetary line that Congress cannot cross, the debt ceiling is a loosely acknowledged suggestion.

Demonstrating grave concern regarding the debt ceiling is Sen. Rick Scott, R-FL, who called for a national debt ceiling freeze on Feb. 11. This would reinstate a monetary amount of debt that federal spending cannot exceed. Though he was criticized for trying to deter attention from the impeachment trial, Scott’s comment is a reminder of a critical problem that desperately needs attention.

Awareness of the national debt has seemed to wane in the wake of the COVID-19 pandemic as the federal government has understandably become preoccupied with providing aid to businesses and individuals.

While stimulus checks and small business loans have been essential, they have also been major contributors to the national debt. However, when millions of Americans are still unemployed and struggling to cover day-to-day expenses, it is hardly the right time to freeze the debt ceiling. Such an action would likely halt further stimulus checks or other desperately needed federal aid.

So, what is to be done? It’s a paradox with no easy answer. The federal government has to choose between helping Americans now and adding to the debt, or they can confront the debt knowing that millions of Americans could suffer from a decline in federal aid.

Rick Scott was not wrong to sound the alarms in a Congress that has seemingly all but forgotten its national debt. There is not much incentive to curtail spending since financial help is seen favorably by constituents. In a time where Americans are fixated on Congress’s passage of relief bills, legislators hesitating to spend money will not be seen favorably.

Amid a pandemic that has thrown every economy on earth for a loop, attention to the national debt is much more likely to be frozen than the debt ceiling itself.

As the U.S. economy recovers in the next two or three years—as GDP rises and unemployment falls—it will be time to stop holding off on dealing with debt. It will not be pleasant, but it is crucial to prevent an imminent crisis.

There are ways to pay the debt; an article explaining these methods in detail (and the challenges that may arise) is linked here.

The U.S. government can shift spending, for example, from the exorbitant military budget to areas that are more effective in creating jobs. Spending also needs to be minimized through careful cuts and increased taxes.

It is important to remember that the position of the U.S. economy on the global stage as a superpower is not unwavering and can be toppled by the national debt. Time is of the essence as the debt clock keeps ticking.

Featured image: The National Debt Clock in 2010; debt has since more than doubled. Unmodified photo by MBisanz used under a Creative Commons license. (https://bit.ly/3awM4ZN) 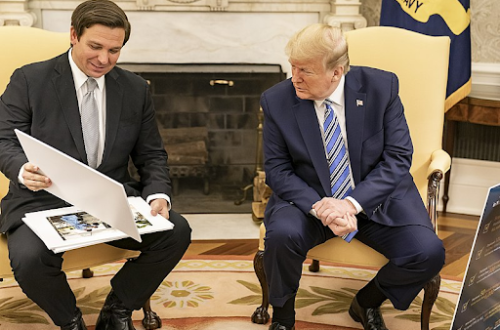 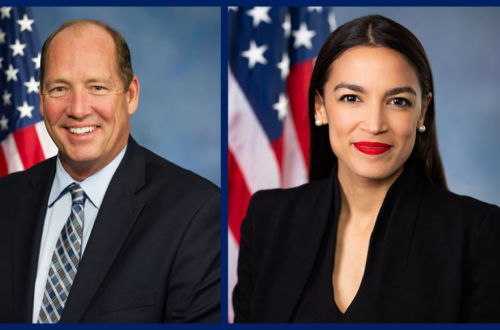