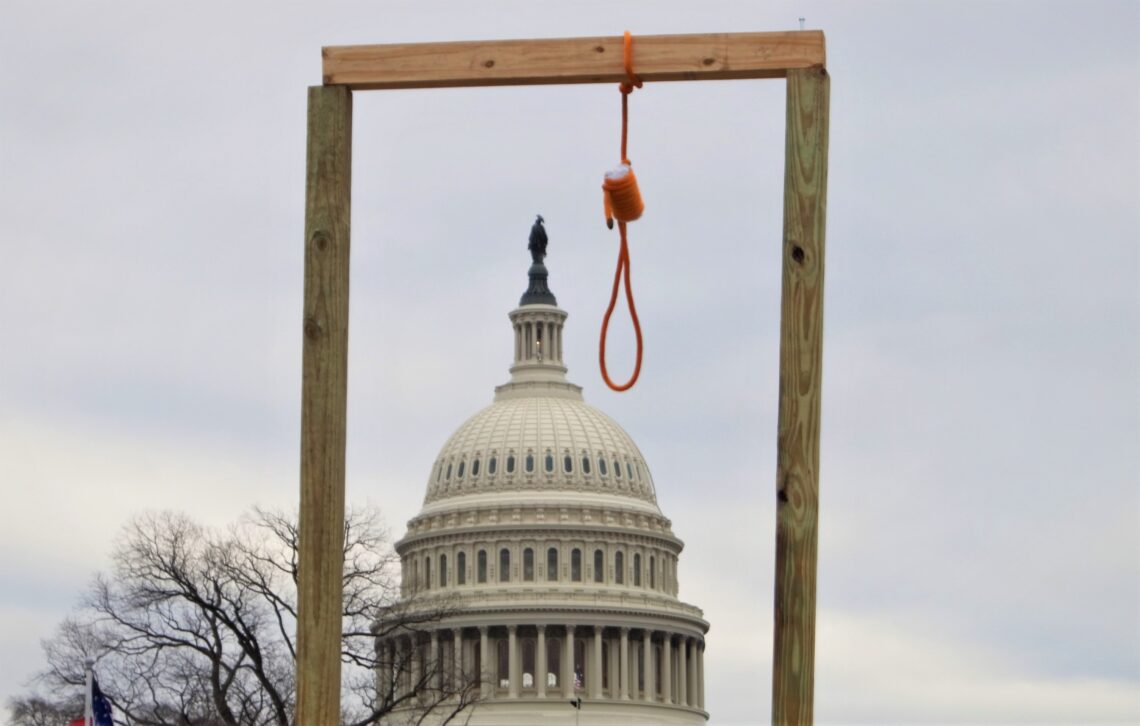 Treason: “The crime of trying to overthrow your country’s government.”

Sedition: “Incitement of resistance to or insurrection against lawful authority.”

Insurrection: “An act or instance of revolting against civil authority or an established government.”

All of these acts are serious crimes committed during the Insurrection of Jan. 6, 2021. Despite the fact it will forever blemish the book of American history, Republicans remain determined to ignore or falsify the circumstances of the matter at hand.

Florida is no exception to this revisionist pattern, whether it was nationally recognized conservative firebrand Rep. Matt Gaetz, R-Florida, claiming the FBI was behind Jan. 6 or obscure state Sen. Keith Perry, R-Gainesville, voting in favor of a voter suppression bill fueled entirely by the infamous Big Lie — Donald Trump’s manifestly false claim that the 2020 election was stolen.

Florida’s Republicans have repeatedly proven themselves to be a danger to American democracy.

This is especially true with Florida’s governor, Ron DeSantis, and its senior senator, Marco Rubio, whose recent comments on the matter warrant their immediate resignations.

Around the first anniversary of the Insurrection, DeSantis made his opinion known. Disregarding and ignoring the previously proven facts as well as the evidence put forth by knowledgeable parties from the Joint Chiefs to the Justice Department, DeSantis cowardly decided to put the preservation of his political career before the interests of the state.

DeSantis claimed that Jan. 6 has permitted the media “to create narratives that are negative about people that supported Donald Trump.” Coming from the state with the largest number of insurrectionists, his statements seem to be especially ironic. Trump supporters have earned their reputations. Even now, they continue to believe the election was stolen and the Insurrection was either fake, peaceful, or justified.

The governor’s remarks also overlook the fact that five police officers died and about 140 were injured in the Insurrection. DeSantis is always claiming to support the police, but now his remarks place him on the side of the insurrectionists, which he labeled “Christmas” for Democrats. You can’t have it both ways.

Meanwhile, Rubio unleashed a middle-of-the-night Twitter rant that attempted to discredit “far-left politicians & liberal activists masquerading as journalists” as the same people who “downplay and even defend… and justify…political violence and hooliganism.”

He even attempted to equate largely peaceful Black Lives Matter protests with an attempt to overthrow the government of the United States, while simultaneously failing to demand accountability for the insurrectionists and voted against a bipartisan 9/11-style commission to investigate the Jan.6 Insurrection.

Members of Congress Speak Out

While Republicans stick their heads in the sand, Democrats and independents in Congress are determined to find answers and protect American democracy.

One of those protectors is U.S. Sen. Angus King, I-Maine. In a statement provided to the Florida Political Review, King, who caucuses with Senate Democrats, stated that “threats to undermine the democratic process do not end once the votes are counted.”

King also pointed out “the most recent presidential election exposed outdated loopholes that could allow politicians to substitute their preferences for the results of elections” and called upon Congress to “take steps to reform these vulnerabilities.”

While talks to reform the Electoral Count Act have begun, it is too early to tell if Republicans are truly acting in good faith, as they claim.

King also acknowledged the importance of protecting the right to vote with the Freedom to Vote Act and the John Lewis Voting Rights Advancement Act. However, an unbreakable Senate filibuster has virtually guaranteed these bills will die when the 117th Congress adjourns for the last time.

Luckily, progress is being made in the House. Rep. Zoe Lofgren, D-California, is a member of the House Select Committee to Investigate the January 6 Attack on the United States Capitol. She was an impeachment manager at Trump’s trial for incitement of insurrection and has been involved in all modern impeachment proceedings.

In a statement to the Florida Political Review, Lofgren assured the American people the Committee “is doing a complete review of the days leading up to the insurrection.” This includes “not just the violence, but the plot to overturn the election.”

Lofgren assured the American people the work of the Jan. 6 Committee “is about defending democracy.” She stated that along with “looking at the facts and informing ourselves and all Americans about what steps need to be taken to protect our Constitution and democratic republic,” the Committee — as part of its mission — will be “proposing legislation and/or administrative changes that would make our country safer in the future.”

This mission is especially important given the appalling disregard for facts demonstrated by Republicans like DeSantis and Rubio.

Lofgren acknowledged the danger of these revisionist accounts.

“The mob that attacked Congress and the Constitution that day had been lied to and that certain elected officials are continuing that lie is damaging to our country,” she said.

She singled out the horrific falsehoods propounded by Rep. Andrew Clyde, R-Georgia, a Trump acolyte “who was helping to barricade the door from the rioters on the House floor who later said ‘well, it looked like a normal tourist event.’ He knows he’s lying.”

Lofgren’s words and work are key to helping America learn and heal; all Americans must participate in this learning or the Jan. 6 report will simply be an ignored warning sign.

Presently, prospects for learning from Jan. 6 are poor. Republican laws in Texas, Florida, Georgia, and other states are attempting to suppress voters. Supporters of the insurrectionists are gaining in strength, running for office in every state.

The (arguably) most powerful member of Congress from Florida agrees with Lofgren. In a statement to the Florida Political Review, Rep. Debbie Wasserman Schultz, D-Florida, declared that “2020 presidential election lies being peddled by Republicans will erode our democratic institutions and lay the groundwork for future acts of treasonous behavior.”

“Logically, it makes no sense,” she said.

These are indeed valid points. It is completely impossible for the election to have been rigged in any way. This is why Wasserman Schultz pleads with the American people: “When you hear someone spread these lies, in a friendly but sober way, ask them to untangle that absurdity.”

She also expressed confidence in the Jan. 6 Committee and its critical mission, as do all who know the truth. “It’s our best tool to prevent another insurrection,” she said.

Wasserman Schultz rightly had nothing but condemnation for “the minority who are so invested in the cult of personality around Donald Trump.” However, she did strike a hopeful tone, saying “the vast majority can sniff out and disregard [the Big Lie], which I doubt even the ego-maniac behind it actually believes.”

While we can hope that the representative is correct, we must also be proactive like she suggests and root out the Big Lie from American society.

We must eliminate DeSantis, Rubio, Clyde, Trump, Perry, Gaetz and others from their influential positions and stop them from further inflaming America’s festering wounds.

We must trust in our fellow Americans on the Jan. 6 Committee and their patriotic duty.

We must ensure we strengthen our institutions to prevent another Insurrection from ever again darkening the doorstep of our Citadel of Democracy.

Featured image: A gallows meant for Vice President Michael R. Pence disgraces the grounds of the US Capitol during the Insurrection of January 6th, 2021. Unmodified image by Tyler Merbler and used under a Creative Commons license (https://bit.ly/3JH19rg). 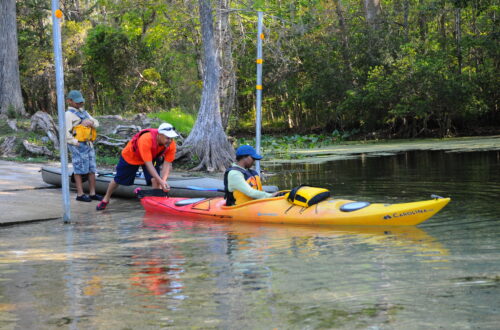 Is Florida Running Out of Clean Water? 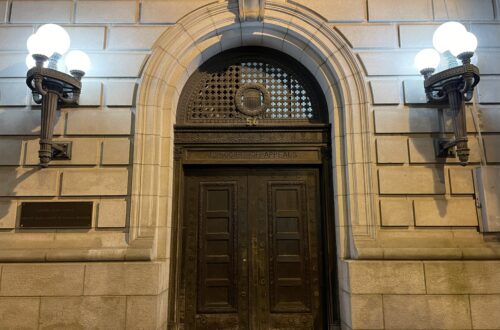 Blue Slips and the Appellate Courts 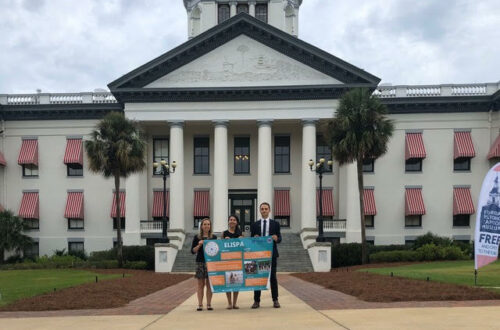