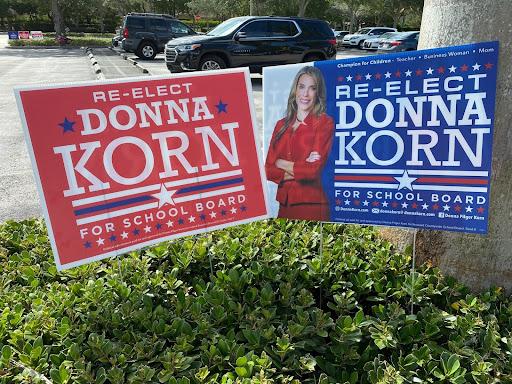 Florida Gov. Ron DeSantis, a Republican, suspended four members of the Broward County School Board on Friday. This came after a statewide grand jury recommended their removal after it uncovered systemic issues within the board.

Two of the four suspended members, Ann Murray and Laurie Rich Levinson, were planning to retire after their successors were elected this year. Donna Korn was running for re-election against three opponents and had been forced into a runoff with Allen Zeman, a veteran and education professional, to be held this November. The fourth, Patricia Good, was not up for re-election until 2024.

The nine-member board now is stacked with five DeSantis appointees in the heavily blue Broward County. That fifth appointment was to replace Rosalind Osgood, who resigned after being elected to the state Senate. If she was still on the board, she too would have been removed, having also been recommended for removal in the report.

DeSantis’ appointees have all donated substantial amounts to Republicans, with appointee Torey Alston even having donated $3,000 to DeSantis’s reelection campaign. Meanwhile, Kevin Tynan was once president of the obscure Broward Republican Party and was appointed to the Judicial Nominating Commission by then-Gov. Rick Scott. He was previously appointed to the board in 2008 after a member was arrested on federal corruption charges.

Some have little to nothing to do with education, such as Ryan Reiter, who works in government relations and once served in the Marine Corps.

There was a lot of initial confusion about the appointments, ranging from the misspelling of appointee Manuel Serrano’s name to a lack of clarity on who would be taking which seat. Observers also noted that DeSantis removed four women and replaced them with four men.

Those who were suspended can appeal to the state Senate, but it would be extremely unlikely for them to do so. State Senate trials rarely reverse gubernatorial decisions and two of the suspended members would have left anyway.

Particularly interesting to watch will be Korn’s runoff race. She barely finished first in the first round, with roughly 30% of the vote. DeSantis’ removal of her could either strengthen the resolve of voters to buck him and re-elect her, or it could inspire them to look to the future and elect Zeman.

The grand jury had previously come under attack for being a partisan ploy engineered by the governor, but, with impartial members of the public serving on it, that simply was not true.

As current Broward County School Board member Lori Alhadeff, who was not recommended for removal, stated to the Florida Political Review, “Our system of justice in this country is built on the premise that there is ‘justice for all.’ Protecting the innocent, convicting those found of wrongdoing, and providing a fair justice process to help keep order all fall under the umbrella of keeping our citizens safe. That being said, the Grand Jury investigation is not a political ploy; rather, it is a vital piece of our judicial system to which we must adhere.”

Some argued, if the board members did not commit criminal acts, they should not have been removed. Yet, one does not have to commit a crime to be fired from their job. They simply have to be incompetent, as these members so clearly were.

Even if DeSantis had political motivations in empaneling the statewide grand jury, it would simply be incorrect to characterize that body as being political. Its very duty was to investigate in an apolitical manner.

On the other hand, the appointments made to the board might be considered political, depending on how the new members vote. A 5-4 Republican-appointed majority could prove interesting to watch in liberal Broward County, long heralded as the center of the resistance to Republican rule.

Alhadeff was confident, however, that the appointees would do their jobs well and in a nonpartisan manner. “While I do not know each one of the new school board member appointees, I am confident in Governor DeSantis’ evaluation of these individuals as a suitable complement to the remaining board members,” she said.

Hopefully, Alhadeff is right and culture wars do not engrain themselves in the Broward County School Board. Meanwhile, the suspended members have earned their just desserts, and now they must face the consequences for their actions, whether criminal investigations are opened or not. 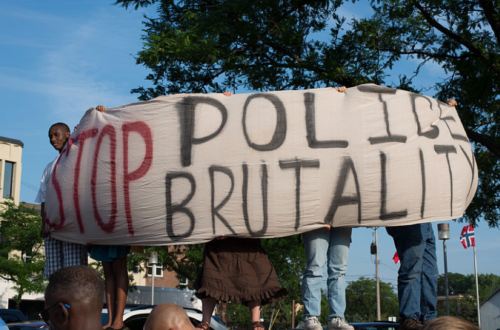 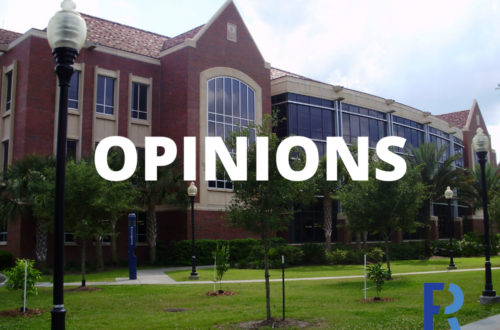 The Best and Worst of New Floridian Scholarship